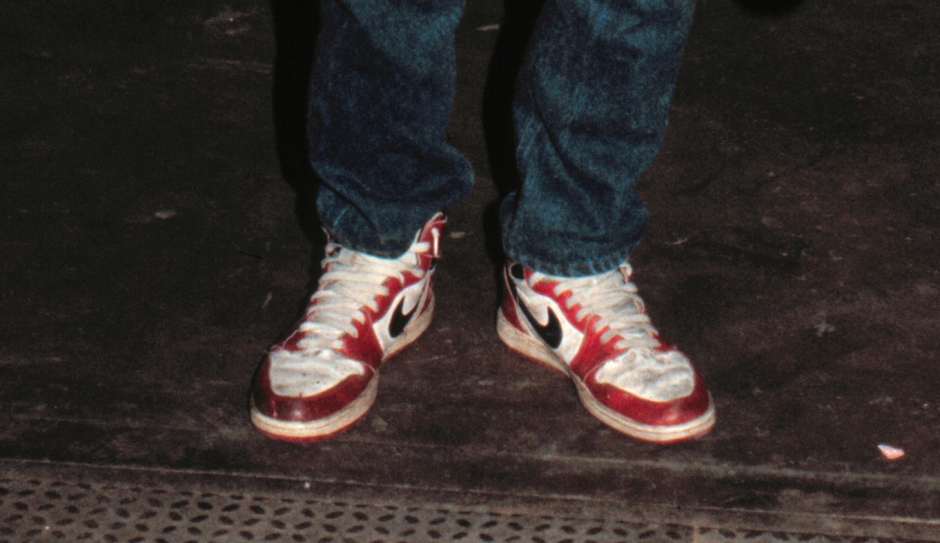 Kicking off what I’ll try to make a semi-regular series, Unlikely Sneakerheads. The concept is pretty self-explanatory, but the series will be about people throughout the years from outside the immediate cultures associated with athletic footwear, I.E. hip-hop and sports, that have displayed a keen sense for athletic footwear. I’ll try to find as much photographic evidence as possible for each subject to prove that they are, in fact, a sneakerhead operating outside the “norm” of sneaker culture as most of us know it.

Up first is an individual that perfectly illustrates the Unlikely Sneakerhead, Dave Mustaine, lead singer and guitarist of MEGADETH.

OK, so Megadeth might not be your favorite thrash metal band, but they’re still one of the biggest groups that emerged from that scene in the mid 1980s. Dave can definitely shred, but most agree that Megadeth is a bit cheesy compared to their close contemporaries Slayer, and (early) Metallica. One thing that Megadeth has all these bands beat on though, other than being associated with the greatest Onion article ever: sneakers! Practically every old photo you come across that has any member of the band’s feet visible, you’ll find a pair of basketball shoes, ranging from the simple Converse Chuck Taylor to the gigantic and technical Nike Air Pressure. Browse through photos of the band on Google, and it’s like a greatest hits of ’80s high-top sneakers. Leading the way for Megadeth’s sneaker heat is Dave, who seemed to have a better rotation than half of the hip-hop heads of the same time period. The proof is in the pictures.

Air Jordan 1 with the earliest example I’ve see of a white lace swap. 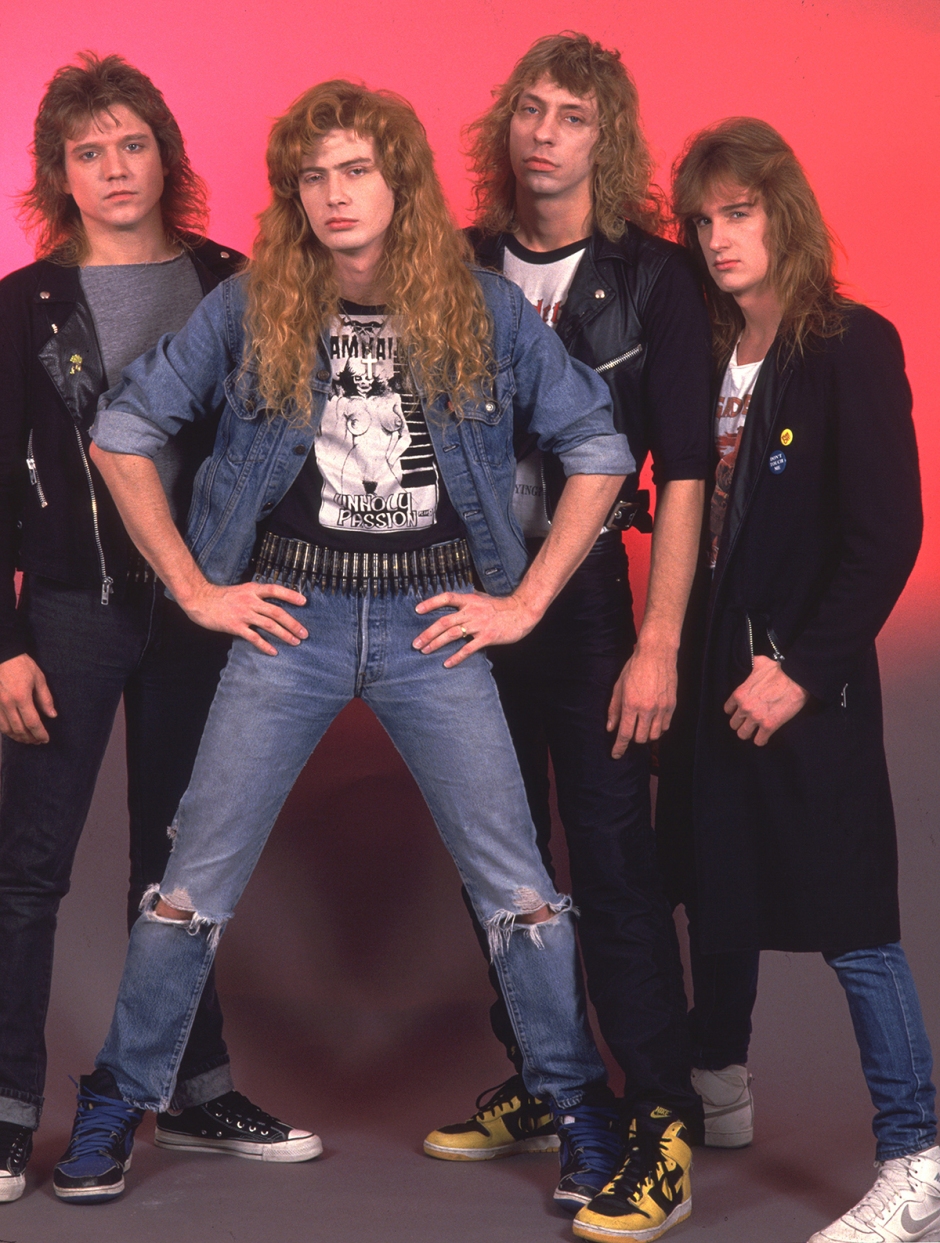 You’ll come across multiple photos of Dave wearing what appears to be the same pair of the “Royal” Air Jordan 1 with blue laces in multiple stages of wear. 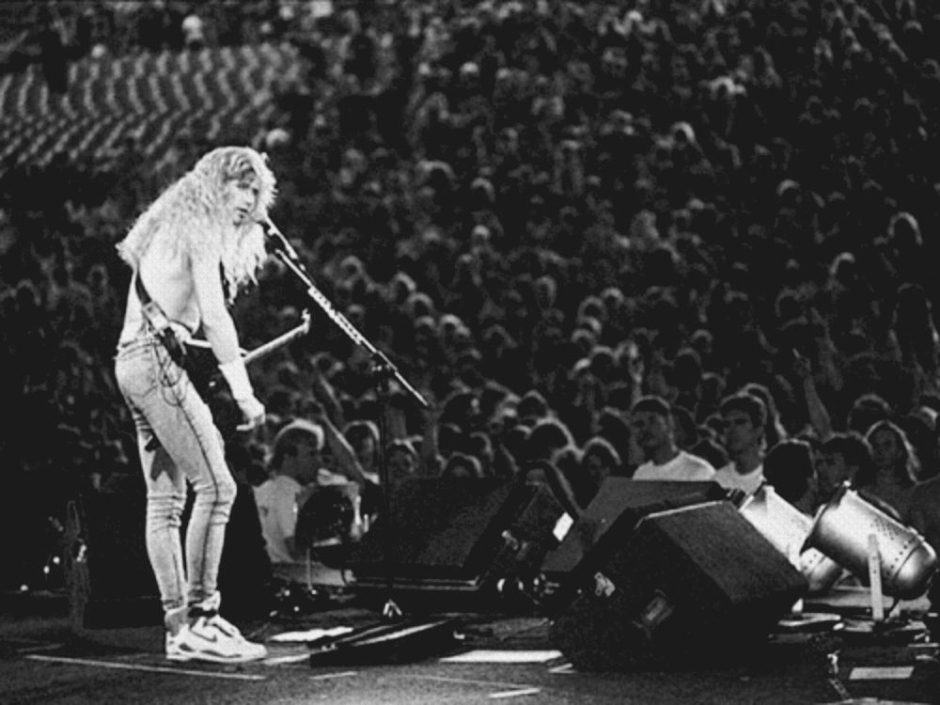 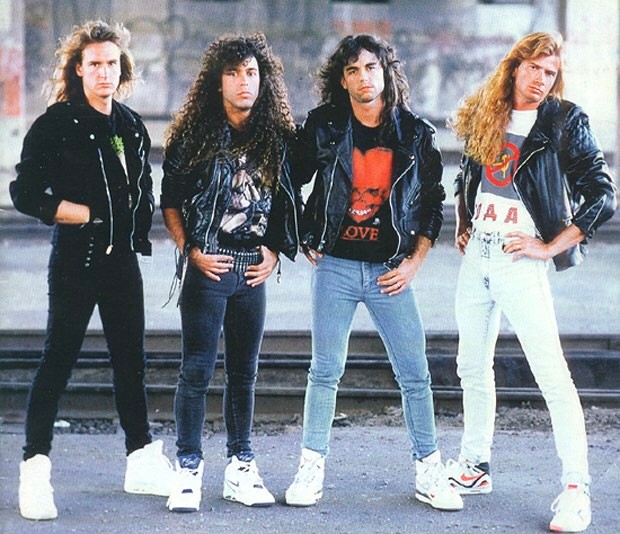