The 2017-18 NBA season marks Carmelo Anthony’s 15th year in the league. That’s 15 years we’ve been blessed with watching one of the best players from one of the greatest draft classes ever mature, dominate and now have a chance to compete for a championship.

Along with the 25,417 points scored, the many headbands worn and braids braided (R.I.P. braided Melo), Anthony has also racked up one of the longest signature basketball shoe lines of all time. Only second to Michael Jordan for the most Jordan Brand signature shoes, Melo has secured an important place in the sneaker history books in addition to his illustrious volume in the story of basketball.
After capping one of the most dominant one-and-done college basketball careers ever with a national title at Syracuse, Anthony was immediately tabbed to become the fresh new face of Jordan Brand upon entering the NBA and joining the Denver Nuggets. Fifteen years later, despite the signings of young superstars like Blake Griffin and Russell Westbrook, Anthony remains an indispensable piece of the Jumpman roster.

Since following his rise to superstardom in Denver with a second act as the king of New York basketball with the Knicks, Carmelo has entered a new phase of his career in Oklahoma City as part of a “big three” alongside fellow superstars Russell Westbrook and Paul George. For his third act, Anthony and Jordan Brand have decided to go all the way back to where his signature line began: the Jordan Melo 1.5.

“The 1.5 has always been special to me, Anthony said. “Thinking about it takes me back to that time—my first years in the league, my first shoe. To have a signature shoe was already a dream come true, but being part of the Jordan family was a whole different level.

“When it came time to decide what we wanted to do this year in the shoe category, we decided we wanted to celebrate special chapters in my career. The 1.5 was the perfect shoe to start with. We brought it back before, but this time I wanted to upgrade it with elevated materials.

“We were able to do that and add new elements of my story to each colorway. The most important thing for me was to celebrate not only the past, but also where I’m at now and where I’m going.”

Anthony will debut a special colorway of the Jordan Melo 1.5 on Sunday, April 15, against the Utah Jazz in Round 1 of the NBA playoffs. Jordan Brand was kind enough to give B/R Kicks an exclusive early look at this latest edition of the Melo 1.5. But before that, let’s take a look at some of the highlights of his sneaker legacy to see how Melo’s come full circle to his first signature shoe.

As Anthony alluded to, this will only be the start of Jordan Brand revisiting his signature line. Keep your eyes on Melo’s feet.

Air Jordan 12 Retro PE
Carmelo Anthony began his NBA career in 2003 wearing Air Jordan retros. The Air Jordan 12 was his shoe of choice for the first few months; he alternated between the general-release “French Blue” colorway and his very own PE in white and baby blue.

The PE version with a predominantly white upper and blue trim seen here is one of the more famous Air Jordan PEs, and it was even retroed in 2016—although only in women’s sizing, to the dismay of larger-footed collectors. Melo sometimes wore a second iteration of the Nuggets-colored Air Jordan 12 PE featuring more blue, which was found on the design’s signature lateral and medial toe/forefoot panels. Later that rookie season, he also wore a white-and-yellow PE colorway. 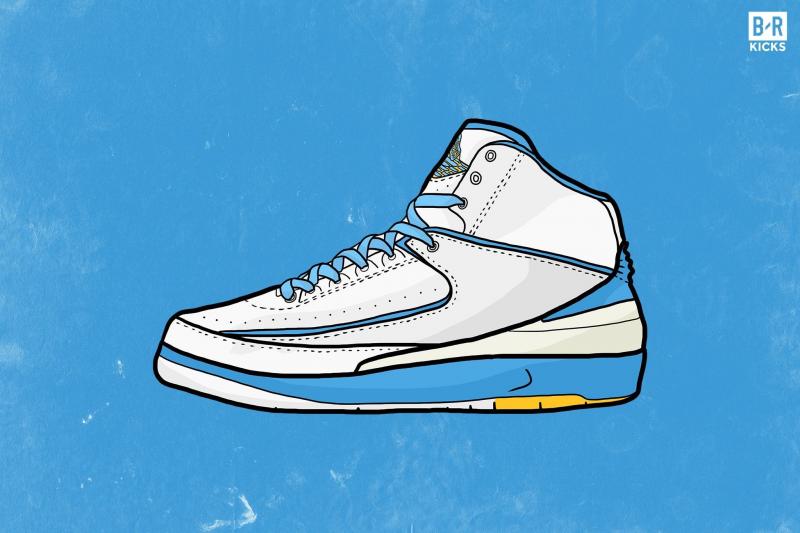 Air Jordan 2 Retro PE
Melo then opted for one of his other favorite Air Jordan models in a PE colorway, the Air Jordan 2 in white and baby blue, which he debuted on the court in early 2004. Regarded as one of the best Air Jordan 2 colorways ever, they actually released at retail in 2004, but we haven’t seen them since. That’s about to change, however, as a retro is scheduled for this May.

Jordan Melo 1.5
Anthony’s first signature shoe, dubbed the Melo 1.5, was unveiled in September 2004 and then worn throughout the ’04-05 NBA season. Crafted by Jordan Brand designer D’Wayne Edwards (who went on to found the Pensole Academy of sneaker design in Portland, Oregon), the shoe combines elements of the Air Jordan 1 and Air Jordan 2—hence the name “1.5”—in a modern performance silhouette specifically tailored to Anthony’s needs.

It’s still regarded as the favorite model among many collectors and the only one (so far) that’s been rereleased. The 1.5 made its first return while Anthony was with the Knicks to celebrate 10 years of the Melo line, and now it’s back on the court again in Oklahoma City.

Melo 5.5
Continuing the theme of combining two vintage Air Jordan models with modern technology for Anthony’s second signature shoe, the Melo 5.5 was born. Also designed by Edwards, the shoe for the ’05-06 season jumped ahead in Air Jordan lineage to model Nos. 5 and 6 for a mashup of the two beloved classics into an updated design for Carmelo. His sophomore sig marked another strong effort by the Jordan design team. If the 1.5 isn’t your favorite Melo shoe, chances are the 5.5 is.

Melo M5
After falling short in the 2004 Summer Olympics, Team USA’s “Redeem Team” took the gold in 2008, led by Anthony, who is now the most successful player in USA Basketball history. Team USA’s all-time leader in total points and rebounds brought home his first of three gold medals while wearing a new signature shoe he introduced that summer, the Melo M5 (the “.5” concept was discontinued beginning with his third model, the Melo M3). Once again designed by Edwards, the M5 is another one of the Melo line’s greatest hits, featuring hints of the Air Jordan 11 and Air Jordan 15 in a sleek silhouette. 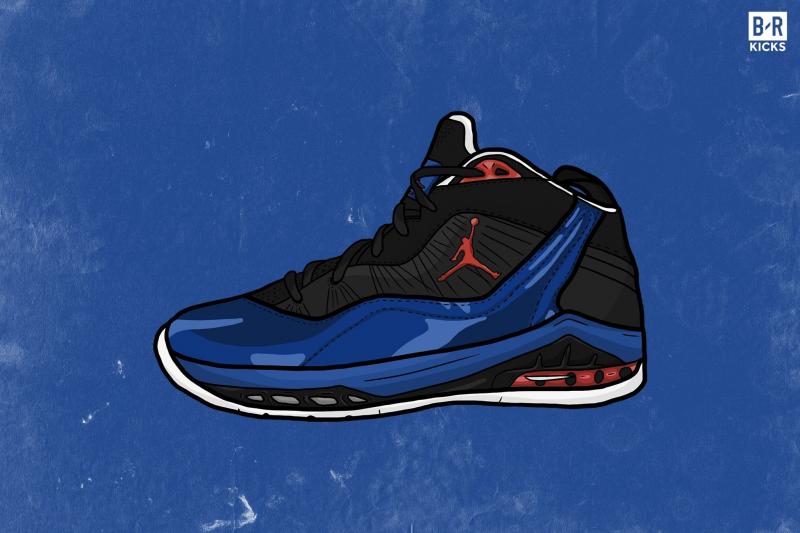 Melo M8
After seven-and-a-half seasons with the Denver Nuggets, Carmelo Anthony was traded to the New York Knicks on February 22, 2011. He began this new era in the Big Apple wearing his signature model, the Melo M7, for the rest of the ’10-11 season, but it would be the M8 that Anthony wore for his first full campaign with the Knicks.

Unveiled before the 2011-12 season, the M8 was designed by Justin Taylor, who partnered with Anthony on models M6 through M9. Featuring all of Nike’s cutting-edge tech amenities of the time, including Flywire and dual encapsulated Air in the heel and visible Zoom in the forefoot, the M8 is known for its plush comfort and exceptional durability. You’ll probably still find pairs of these being worn on streetball courts.

The M10 utilized Jordan Brand’s new FlightPlate technology, which debuted in its contemporary, the Air Jordan XX8, that same year. The FlightPlate design features Zoom Air in the heel and forefoot connected by a bridge of carbon fiber in the midfoot. All those combined to provide ample cushioning, responsiveness and support in a lightweight build.

Melo debuted the M10 on Christmas Day in 2013 and then wore the shoe until the M11 made its first appearance one year later on Christmas 2014.

Melo M13
After six-and-a-half seasons as the face of the Knicks, the increasingly tumultuous era in New York ended after the 2016-17 season, when Anthony publicly requested a trade. First looking likely to join the Houston Rockets, with the Cleveland Cavaliers and Portland Trail Blazers also involved, Melo eventually found himself teaming up with Russell Westbrook and another superstar new to the Oklahoma City Thunder, Paul George, to form the NBA’s next Big Three.

Seen wearing a hooded sweatshirt during intense offseason scrimmages with other NBA stars, Anthony adopted the “Hoodie Melo” persona. On his feet for the infamous Hoodie Melo scrimmages and Thunder debut was the Jordan Melo M13, his most recent signature model.

Omitting the final section of the article on the two new Jordan Melo 1.5 colorways for length. Please visit the full article on Bleacher Report if interested.